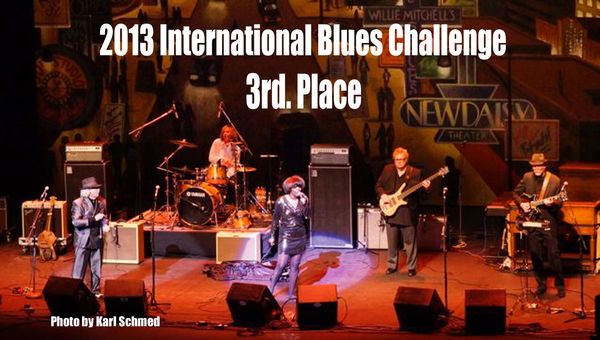 He has graced the stages of some of Colorado's premier clubs and festivals. The Taste Of Colorado, The Mile High Blues Festival, Longmont's Rhythm On The River, Winter Park's Blues From The Top, The Greeley Blues Festival, The Pueblo Chili Festival to name a few. He has also played the prestiagous stage at the Orpheum Theater in Memphis, as well as several legendary blues clubs on Beale Street.

Dan plays Afrosippi Blues, Rock and Roll, Soul, Raggae and World grooves with equal part skill and power. He sprinkles some Dylan and Cajun for a little spice. A tasty stew indeed.

Great stage presence and lots of fun are trademarks of one of his shows.
At the 2013 International Blues Challenge in Memphis, Tenn., Dan's band took 3rd place honors, out of over 220 bands world wide that participated.

Dan was presented with a Keeping The Blues Alive award in 2012 by the Blues Foundation for his Blues In The Schools program.

Dan Treanor will bring an element of professionalism and down right fun to your event.

For information on booking a show or Blues in The Schools:
Contact
Dan Treanor
daniel2102@comcast.net